It was 1989. I had only been in post as Community Arts Officer, based at the Glynn Vivian Art Gallery and Museum for a few months and found myself involved in the organisation of a festival. I shared an office with Dawn Phillips, who was the Education Officer and I was finding my way, creating the new post literally as I went along. Dawn had asked me to accompany her to Dyfnant Primary School (now Pen-y-Fro Primary) where Dawn was arranging an Artist in Residence project, with Head Teacher Sue James. Dawn was very keen to place artists in schools to work with children and teachers and to use the Glynn Vivian and the work of artist Ceri Richards as a resource with pre-planned working visits. This approach was ahead of its time and was to pre-empt the new arts curriculum that was, at the time, in the planning stages.

Ceri Richards had, from my childhood, been an influence, his suite of lithographs on the work of Dylan Thomas, I found entrancing. I think my interest in Richards fuelled my enthusiasm and I spoke of the need to recognise and promote the Dunvant born artist in his home village and allow the children and community to be reminded that he was a significant figure in the arts. We left the school and it was only then that I realised I had somehow to organise a Festival! The response from key people in the village was excellent. The school based residency “Dunvant Blossoms” happened with artist Richard Wiltshire working with pupils and teachers. The outcome of this culminated in an exhibition at the Glynn Vivian opened by author and critic Mel Gooding.

We advertised nationally for an Artist in the Community, based at Dunvant Community Centre. English artist David Lewis was the successful applicant and also exhibited the outcome at the Glynn Vivian.

We had:
Malcolm Parr as Poet in Residence at the school.
Poets and Jazz at The Dunvant pub
A Family Fun Day at the Community Centre
The Gower String Quartet
Music by Blakes Three at the Found Out pub
A Ceri Richards Tribute at Ebeneser Chapel
Country Music at the Dunvant Working Mens Club
Under Milk Wood performed by The Dylan Thomas Society
The Phoenix Flute and Harp Duo at Dyfnant Primary School
Dunvant Male Voice Choir at the Glynn Vivian.

And much, much more!

For me personally it was a wonderful opportunity to put Ceri Richards, an influence for me, back on the map in his own village. But also, it was such a delight to visit Esther the artists sister in the family home, to talk with her and to see his work in a domestic setting, to hear Esther play at the baby grand in their front room, to spend time with Rhiannon and Rachel his daughters and to spend time with Mel Gooding a great authority on Richards. Also, and very importantly, to have photographer Bernard Mitchell turn up one day at the gallery to talk of his photographs of Richards in his studio and the Kardomah Gang, artist Fred Janes, composer Daniel Jones, and poet Vernon Watkins.  I do feel that the first Festival and the fact that I managed to buy a set of original photographs of the above for the gallery collection gave Bernard another push to continue on his quest to photograph the creatives from Wales.

2003 was the centenary year of Ceri Richards’ birth. The Glynn Vivian Art Gallery, was hosting a major retrospective of his work. I had been freelance as Keith Bayliss Arts Services for some years, and was invited by members of the Dunvant village community to co-ordinate a Centenary festival. It was a marvellous opportunity to draw on the success of the first festival and develop the experience to draw in the wider community of Swansea of which Dunvant is a part.

I was able to involve all three schools Pen-y-Fro, Dunvant Infants and Dunvant Junior School.

Musician, Peter Williams worked with all three schools to produce a joint CD of music and words to celebrate Ceri Richards.

Bernard Mitchell worked with children from the three schools to produce a photographic Dunvant Children’s Archive which was presented to the National Library of Wales.

Malcolm Parr read poetry, with the band Boys from the Hill at The Found Out pub, Dunvant.

Guided Tours of the Ceri Richards Retrospective at the Glynn Vivian.

At Dunvant Infant School, writer, critic and historian Dr Peter Wakelin talked of the influence of myth and landscape on the artist.

The Grand Theatre hosted an exhibition of photographs of artists, writers and musicians  by Bernard Mitchell from the National Library of Wales.

A talk by poet Professor Tony Curtis on the work of the three friends, Dylan Thomas, Ceri Richards and Vernon Watkins.


I was pleased once again to place the artist, whose work I admired as a young visitor to my local gallery in the forefront of the community in which he was born and from which he had drawn so much of his creative strength and influence. 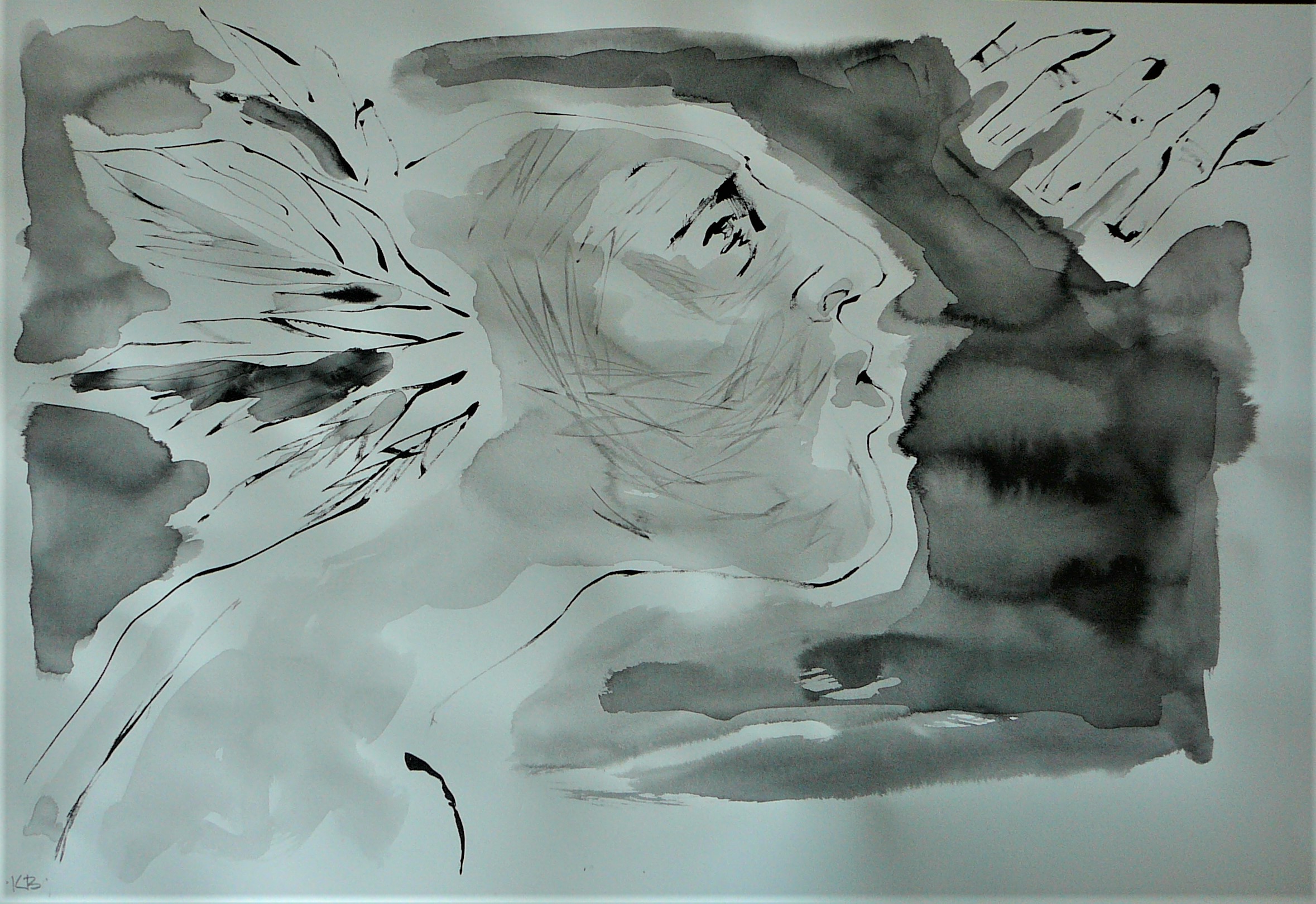 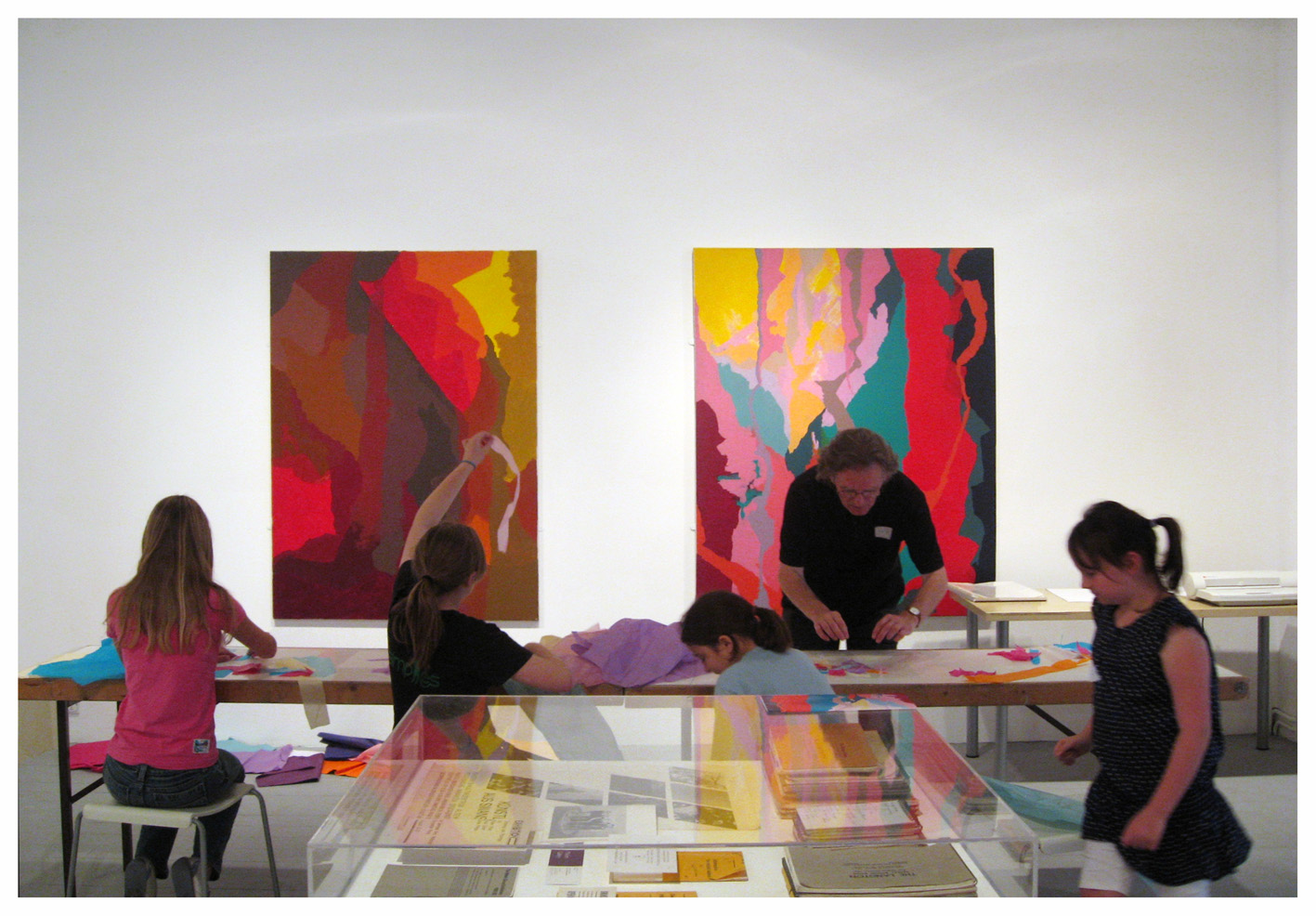